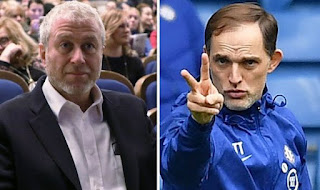 The battle to add Karim Adeyemi from RB Salzburg continues to heat up. The 19-year-old center-forward has already been linked with a gamut of the club, and as things stand, the London giants are battling Barcelona, among others in his pursuit.

Germany international has made significant progress since joining RB Salzburg in the summer of 2018. Initially sent to feeder club Liefering for around 18 months, Adeyemi has made quite an impact since returning to the Red Bull Arena at the turn of the year in 2020.

And Karim looks to have taken his game to the next level at the onset of 2021/22. In 17 games across all tournaments, the German center-forward has garnered a return of 12 goals and two assists, while his displays have also helped him break into the German national side, with the teenager even scoring on debut with Armenia.

At the same time, Karim has invariably popped up on the radars of several bigwigs of European football, with Chelsea and the Blaugrana hot on his trails currently. The Blues, like Barcelona, have previously failed to sign Karim, with their interest in him stemming back in 2018, right around the time he joined RB Salzburg.

The continued interest in Adeyemi, though, is a tad bit surprising, considering they have a long-term solution in front-line in Romelu Lukaku. That being said, with Timo Werner facing an uncertain future at Chelsea, Karim could well end up being a possible option to replace his fellow German international at Stamford Bridge.